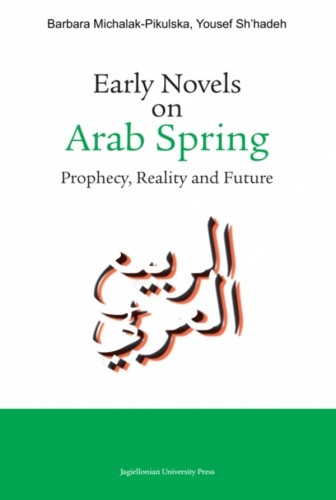 The authors of this book present a study of the first Arab novels that dealt with the Arab Spring in the period 2011-2013. They show the rapid reaction of Arab novelists to what happened in their countries at that time. Dozens of narrative works have been published that heralded the advent of change and the victory of popular movements, glorifying the re-bellious uprisings against tyrannical regimes. Few predicted the outbreak of the revolution before the occurrence of these major events. They also presen-ted a comprehensive picture of what was going on in Arab societies during that difficult period. The revolutions left many victims, and for this reason pessimism and despair permeate some texts, but others paint a bright picture of the future of the Arab Spring, which may lead to the realization of the dream of freedom and democracy.

The young generation, which by means of the internet and social media contributed to the out-break of the revolution, is ready to fight for its own ideals and freedom. Its representatives are fascinated by the power of revolution and the rapid course of events. They boldly face death in the hope that the sacrifice of their lives will bring about a better fu-ture for their children. It was young people, not politi-cians and party leaders, who planned the revolution demanding freedom, dignity, equality and justice.